Mu is a minimal-dependency hobbyist computing stack (everything above the processor).

Mu is not designed to operate in large clusters providing services for millions of people. Mu is designed for you, to run one computer. (Or a few.) Running the code you want to run, and nothing else. 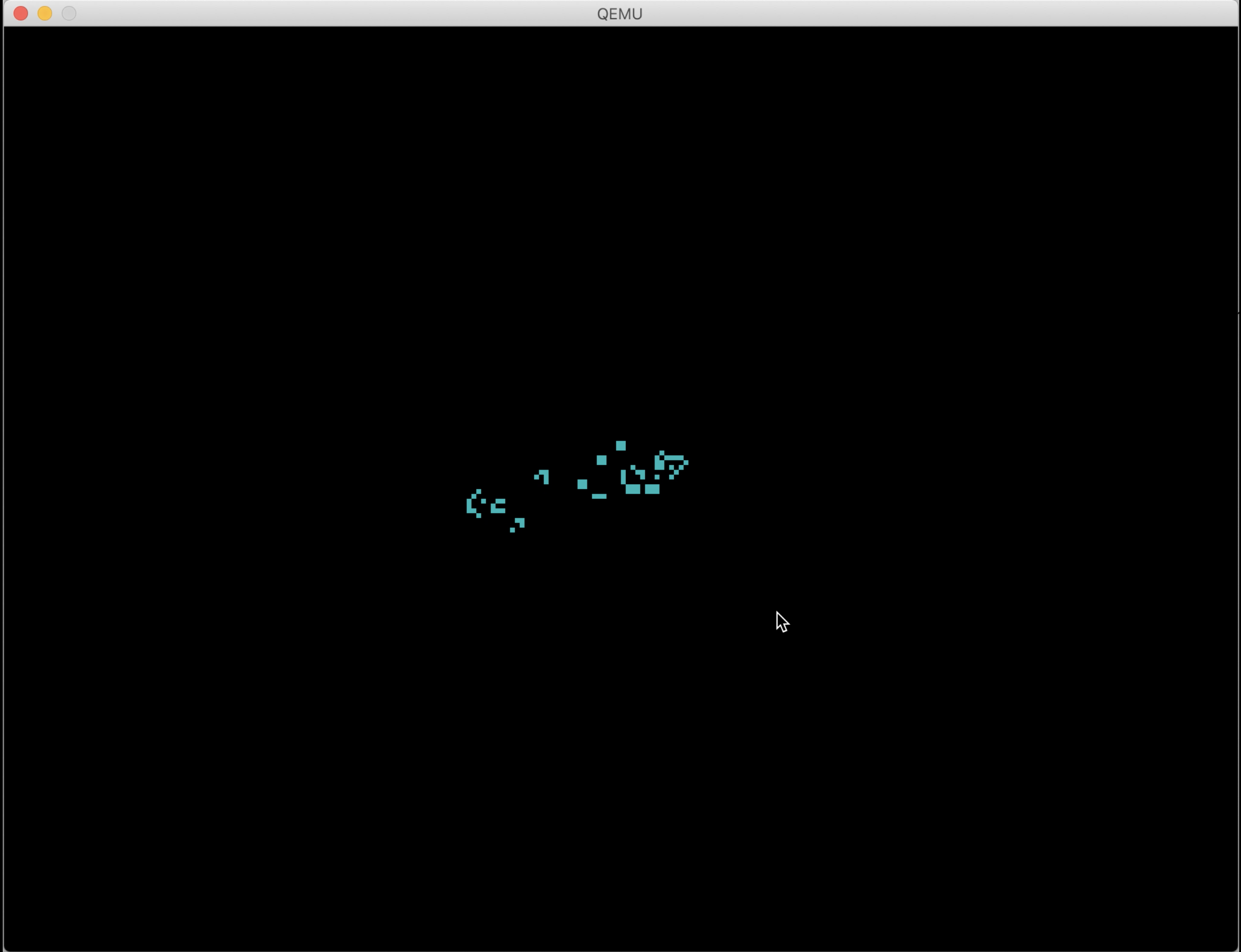 (Colorized sources. This is memory-safe code, and most statements map to a single instruction of machine code.)

Rather than start from some syntax and introduce layers of translation to implement it, Mu starts from the processor's instruction set and tries to get to some safe and clear syntax with as few layers of translation as possible. The emphasis is on internal consistency at any point in time rather than compatibility with the past. (More details.)

Tests are a key mechanism here for creating a computer that others can make their own. I want to encourage a style of active and interactive reading with Mu. If something doesn't make sense, try changing it and see what tests break. Any breaking change should cause a failure in some well-named test somewhere.

Mu requires a 32-bit x86 processor. It supports a short list of generic hardware. There's no networking support yet. Development has slowed, but I still care about it. Feedback, bug reports and other forms of contribution continue to be appreciated.

Thorough test coverage in particular deserves some elaboration. It implies that any manual test should be easy to turn into a reproducible automated test. Mu has some unconventional methods for providing this guarantee. It exposes testable interfaces for hardware using dependency injection so that tests can run on -- and make assertions against -- fake hardware. It also performs automated white-box testing which enables robust tests for performance, concurrency, fault-tolerance, etc.

The Mu stack consists of:

All Mu programs get translated through these layers into tiny zero-dependency binaries that run natively. The translators for most levels are built out of lower levels. The translator from Mu to SubX is written in SubX, and the translator from SubX to bare SubX is built in bare SubX. There is also an emulator for Mu's supported subset of x86, that's useful for debugging SubX programs.

Mu programs build natively either on Linux or on Windows using WSL 2. For Macs and other Unix-like systems, use the (much slower) emulator:

Mu programs can be written for two very different environments:

The largest program built in Mu today is its prototyping environment for writing slow, interpreted programs in a Lisp-based high-level language. 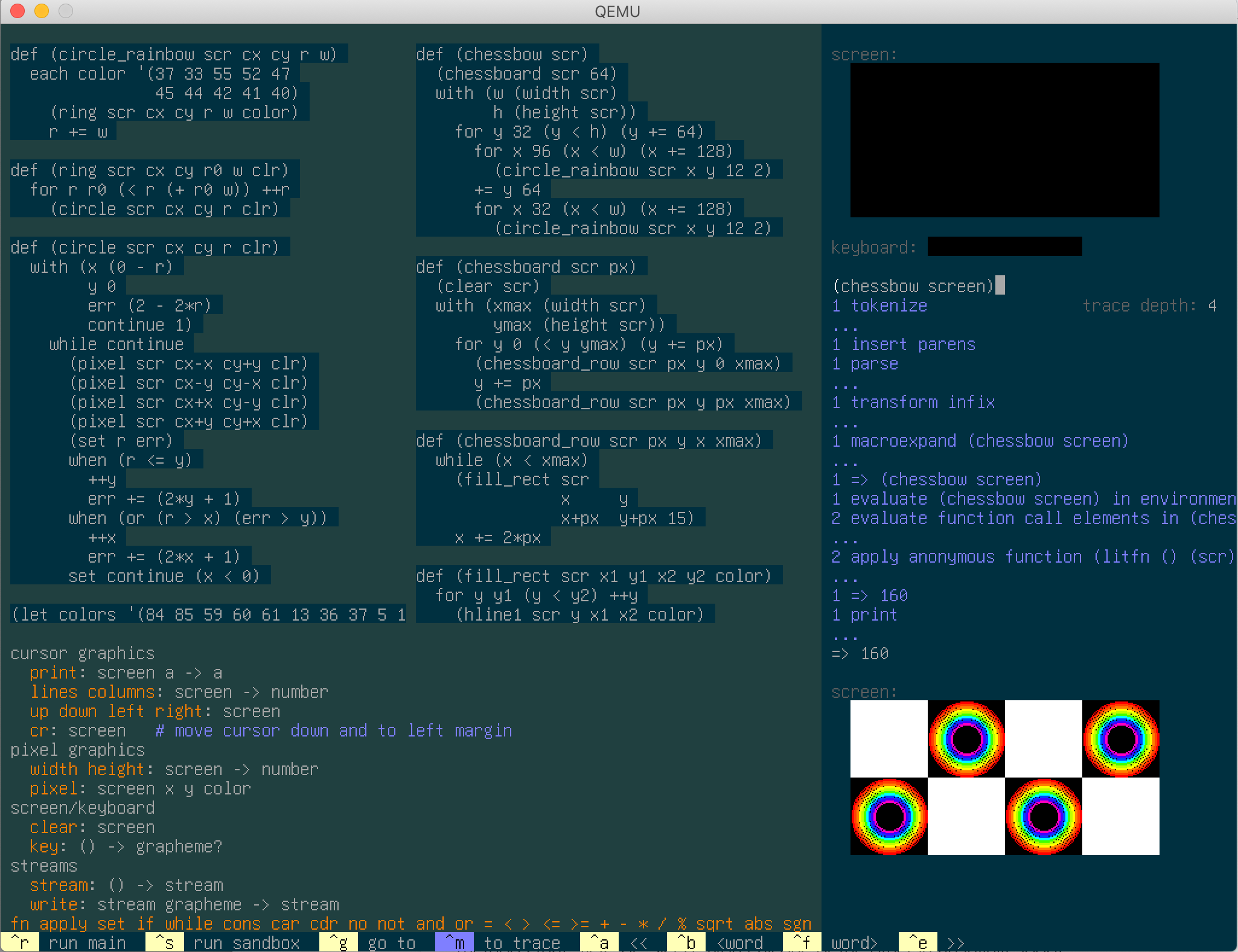 While I currently focus on programs without an OS, the linux/ sub-directory is fairly ergonomic. There's a couple of dozen example programs to try out there. It is likely to be the option for a network stack in the foreseeable future; I have no idea how to interact on the network without Linux.

The entire stack shares certain properties and conventions. Programs consist of functions and functions consist of statements, each performing a single operation. Operands to statements are always variables or constants. You can't perform a + b*c in a single statement; you have to break it up into two. Variables can live in memory or in registers. Registers must be explicitly specified. There are some shared lexical rules. Comments always start with '#'. Numbers are always written in hex. Many terms can have context-dependent metadata attached after '/'.

Here's an example program in Mu: 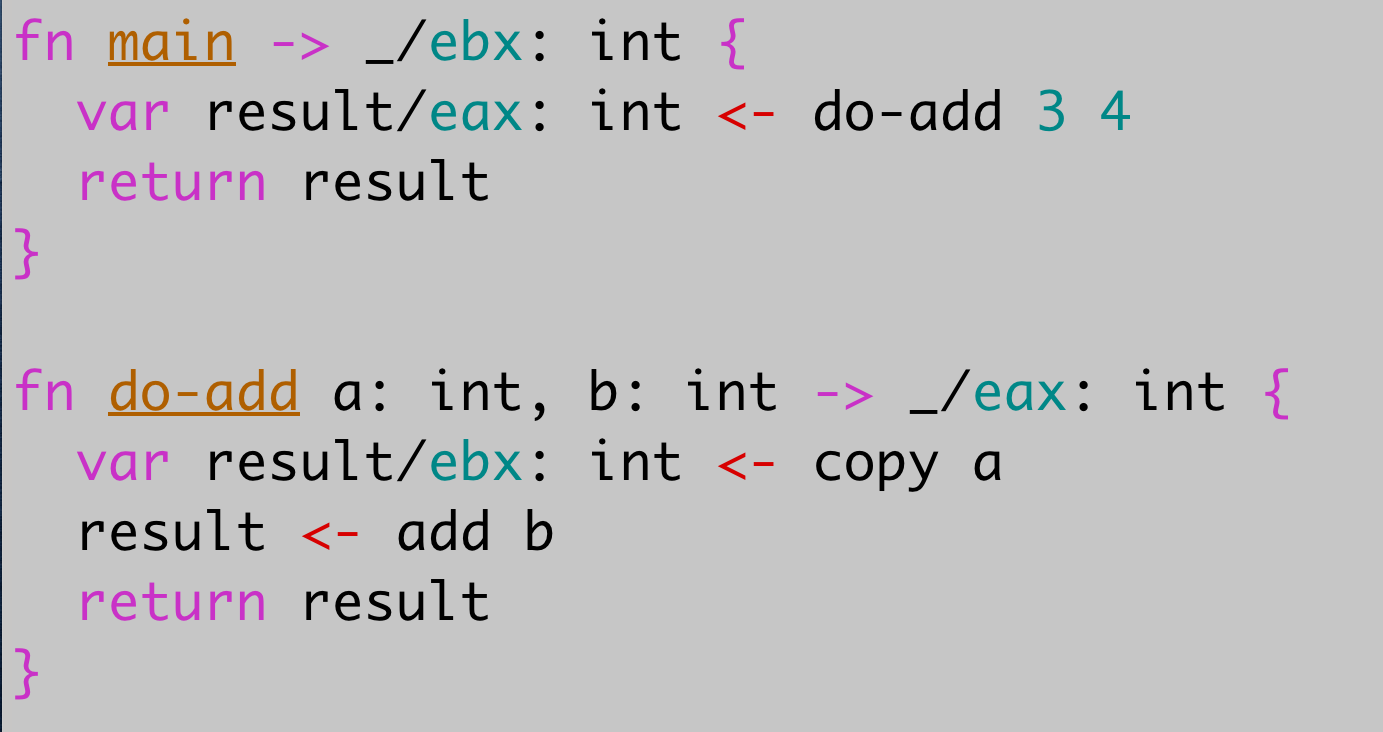 Here's an example program in SubX:

As of 2022-01, updates to Mu can be downloaded from the following mirrors:

Forks of Mu are encouraged. If you don't like something about this repo, feel free to make a fork. If you show it to me, I'll link to it here. I might even pull features upstream!

If you're still reading, here are some more things to check out:

Mu builds on many ideas that have come before, especially:

On a more tactical level, this project has made progress in a series of bursts as I discovered the following resources. In autobiographical order, with no claims of completeness: