The Pigeon protocol is an off-grid, serverless, peer-to-peer protocol for building software that works on poor internet connections, or entirely offline.

HIBERNATION. Pigeon was an exploration of ideas that I embarked on in 2020. Now (2021) I am changing my focus. If more people are interested in the project I might start work on it again. Please let me know by raising an issue. For now, I am shifting my focus to other areas unless interest in the project changes.

This document provides a reference to the Pigeon protocol specifications, and is written for developers.

Why build software that follows the Pigeon protocol?

Software that follows the Pigeon protocol can operate online or offline, regardless of connectivity quality. This allows you to focus on software development, instead of worrying about network types and quality, or third-party services.

How does the Pigeon protocol benefit users?

The Pigeon protocol outlines several ways users can benefit from using software that follows this protocol.

This section consists of the following subsections:

Data is backed up by default

Software that follows the Pigeon protocol allows users to store data on their nodes, and copy their data to other nodes. By copying data to other nodes, this not only backs up data, but also provides users with data they can access offline.

Data can be shared anywhere

Every user in the mesh has a local database. You can share your database entries anywhere, such as CD-R, email, public forums, and USB dead drops.

Entries in the database are cryptographically signed. Because the entries are signed, you don't have to worry about malicious third parties tampering with your data.

Any data the user is currently accessing is already available offline, and in case of a sudden internet outage, or poor connectivity issues, the access to the data is not affected, because the data doesn't rely on an internet connection.

You can "follow" peers, by copying their database to your machine. Updates are performed by retrieving newer bundles from your peers. This allows you to share your peers' bundles on behalf of them. This is useful when the peer is unavailable and another peer wants their bundle.

The act of sharing peers' data on behalf of other peers is called "gossiping".

The Pigeon protocol may be useful in scenarios such as:

There is currently one working implementation available here. A long term goal is to support all major platforms and languages.

How does the Pigeon protocol work?

Each node in a social network of peers has a local "log". The log is an append-only feed of messages written in an ASCII-based serialization format.

Messages are signed with a secret key to validate a message's integrity and to prevent tampering by malicious peers.

Gossip information is packaged into "bundles" which contain backups of peer logs in a format that can be transmitted through sneakernet, direct serial connection, or any high-throughput medium, regardless of latency.

Log synchronization through Sneakernet is the main use case for Pigeon messages to be transmitted. SD Cards sent via postal mail offer an excellent medium for transmission of Pigeon messages, although any data transfer medium is possible. 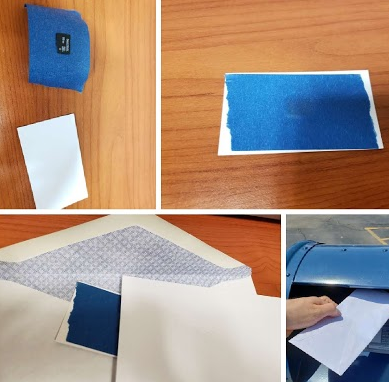 Pigeon messages use a custom ASCII-based encoding scheme, as seen in Example 1 and Example 2 below.

Note: Although the message encoding scheme is human-readable the messages should be parsed by third-party applications rather than written by hand. 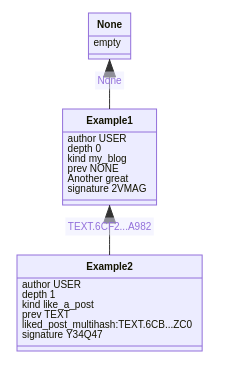 For examples of how messages are handled, see the Ruby-implementation tutorial here

What the Pigeon protocol is not trying to address

How the Pigeon protocol differs from Sneakernet

Sneakernet is a protocol used by ancient civilizations to exchange files between computers with limited internet connectivity.

In contrast, a Pigeon protocol message is redundantly replicated beyond its intended recipient to neighboring peers, "a friend of a friend", through gossip. Unlike sneakernet, the Pigeon protocol also uses cryptography to guarantee that a message's content has not been altered by a third party.

How the Pigeon protocol differs From Secure Scuttlebutt

The Pigeon protocol does not rely on networking in the core library. Although Secure Scuttlebutt is able to support Sneakernet-only operation, it is difficult in practice due to reliance on UDP, TCP, and in the case of pubs, DNS.

The Pigeon protocol uses a custom key/value serialization format instead of JSON. This has two benefits:

Unlike Secure Scuttlebutt, the Pigeon protocol was designed for portability and simplicity. It allows support for platforms that aren't limited to NodeJS.

Complicated features, such as network support, are ignored in favor of an easy-to-implement standard.

Pigeon borrows many of the ideas set forth by the Secure Scuttlebutt protocol. It is our opinion that SSB is one of the most innovative protocols created in recent years. Without the research and efforts of the Secure Scuttlebutt Consortium , this project would not be possible, so a big thanks goes out to all the people who make SSB possible.

We've also been inspired by the compactness and minimalism of SQLite, which should serve as a role model for all of us.

In many ways, this protocol can be considered an amalgam of the best ideas from both SQLite and Secure Scuttlebutt.

Getting involved with the Pigeon protocol development

If you want to be involved with the Pigeon protocol development, there are areas we need help in currently:

Your feedback really helps. Feel free to raise an issue with your opinions and ideas. We will reply to all messages.

Check out the following links: