A KISS deployment tool to keep your NixOS fleet (servers & workstations) up to date.

This name was chosen because Bento are good, and comes with the idea of "ready to use". And it doesn't use "nix" in its name.

Use with flakes: nix shell github:rapenne-s/bento

There is currently no tool to manage a bunch of NixOS systems that could be workstations anywhere in the world, or servers in a datacenter, using flakes or not.

Most NixOS deployment tools are working on a "push" model, in which a system is connecting to a remote NixOS to push its new version.

Bento has a different approach with a "pull" model:

This setup need a machine to be online most of the time. NixOS systems (clients) will regularly check for updates on this machine over ssh.

Bentoo doesn't necesserarily require a public IP, don't worry, you can use tor hidden service, i2p tunnels, a VPN or whatever floats your boat given it permit to connect to ssh.

bento is the only script to add to $PATH, however a few other files are required to setup your configuration management:

On the client, the system configuration is stored in /var/bento/ and also contains scripts update.sh and bootstrap.sh used to look for changes and trigger a rebuild.

There is a diagram showing the design pattern of bento: 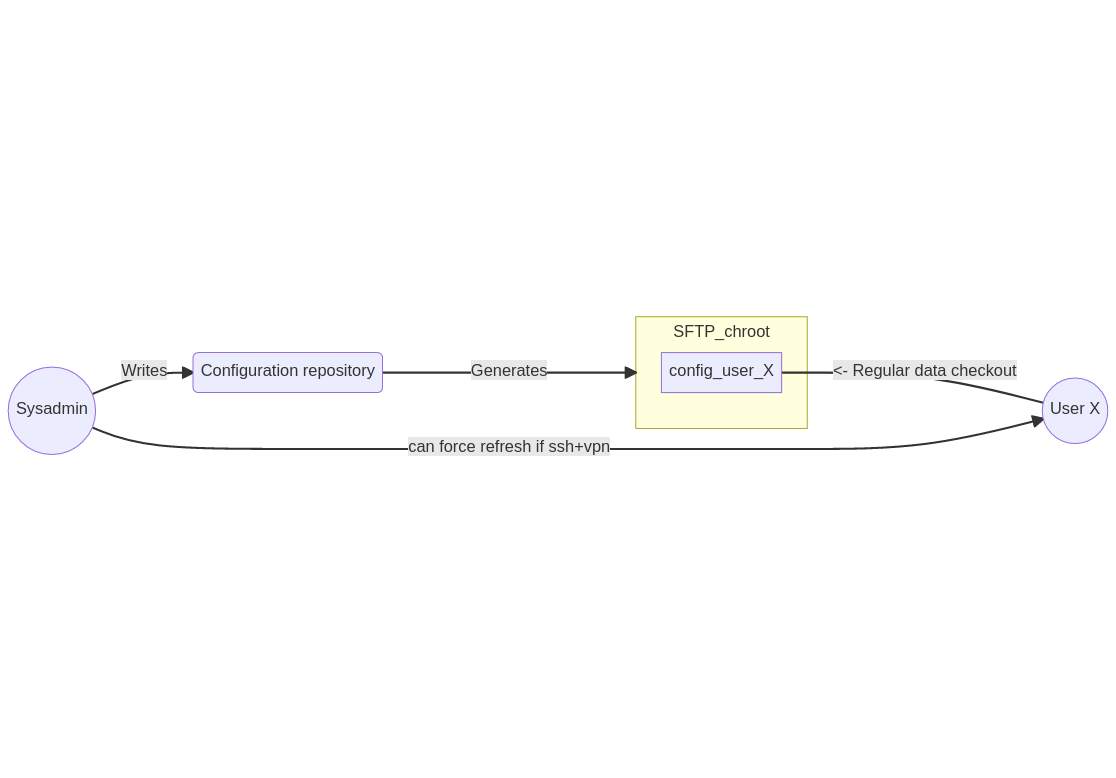